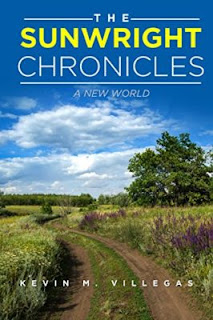 Paris Sunwright the patriarch of the family takes it upon himself to train her before she accidentally kills anyone in the family with her wild powers. Conflict ensues between Suadela, Paris’s wife and young Jaedus before Paris can take Jaedus away to be trained. We skip ahead in time and Jaedus is trained properly, The “Creators” are long done with their work and the Sunwrights decide to reside with the elves of the world. The Sunwrights help teach the Elves many things. It is not long before it is discovered there is a sickness amongst the elves, called the soul disease. Because of her special powers Jaedus Sunwright is the best fitted to help combat this disease, only a few elves succumb to the disease, one being the wife of the second most prominent Elf in the land.

Now we move forward, the Elves are prospering the soul disease is gone, the population boom for the Elves has produced several distinct tribes amongst them. A power struggle ensues, in which the first murder occurs in the land, leading to the breakup of the tribes into separate nations and the very real possibility of war.
The Sunwright Chronicles: A New World is available at: