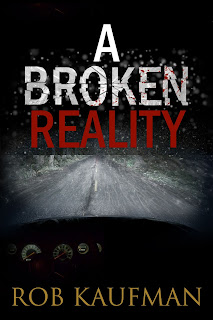 On a fateful night in the dead of winter, an unimaginable tragedy changes the lives of two families forever. How will they manage to deal with reality while stopping the sociopath who is pushing them toward the edge of sanity?

Ten-year-old, Danny Madsen, has been missing for four days when Jesse Carlton begins his own search for his godson on a frigid, snowy night. Driving along a deserted rural road, Jesse hits a stretch of black ice at the same time Danny appears from the thicket. Unable to control the car, Jesse slams into the boy and watches helplessly as Danny’s body flies back into the dark brush.

When Jesse regains consciousness, he has no recollection of how he and his car wound up in a ditch. However, there’s a witness: Charles Hastings, the sociopathic kidnapper who chased Danny through the brush and into the path of Jesse’s car.

Hastings takes this chance to set up Jesse so he’ll take the fall for both Danny’s disappearance and death. And so the mind games begin–an onslaught of psychological manipulation that devastates Jesse, his wife, Danny’s parents and the cops’ investigation. Inexplicably, the torment continues even after the primary suspect is killed and the rollercoaster of emotions and confusion seems never-ending until the final and devastating truth is revealed.

If you like gripping, suspenseful page-turners that keep you on the edge of your seat until the very end, this is a must read!

A Broken Reality is available at: