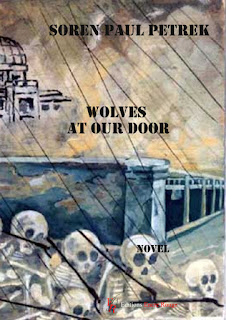 The Allies and the Nazis are in a deadly race to develop the ultimate weapon while supersonic V-2 rockets rain down on London. Madeleine Toche and Berthold Hartmann, the German super assassin who taught her to kill, search for the secret factory where Werner von Braun and his Gestapos masters use slave labor to build the weapons as the bodies of the innocent pile up. The Allied ground forces push towards Berlin while the German SS fight savagely for each inch of ground.

Finding the factory hidden beneath Mount Kohnstein, Hartmann contacts his old enemy, Winston Churchill and summons Madeleine to his side. While she moves to bring the mountain down on her enemies, Hartmann leads a daring escape from the dreaded Dora concentration camp to continue his revenge against the monsters who ruined his beloved Germany.

Together with the Russian Nachtlexen, the Night Witches, fearsome female pilots the race tightens as the United States and the Germans successfully carry out an atomic bomb test.

Germany installs an atom bomb in a V-2 pointed towards London, while the US delivers one to a forward base in the Pacific. The fate of the Second World War and the future of mankind hangs in the balance.

Read the first chapter at Booksie and don’t forget to give it a like!

Wolves At Our Door is available at: