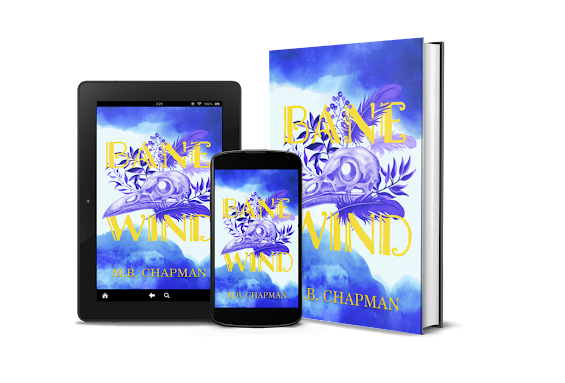 Almost two weeks ago I was just a normal girl getting ready to start my senior year of high school, deciding where I wanted my life to go. And now? I’ve kissed a boy. I’ve been to another world. I’ve seen death. And I don’t know what my life’s become.

Banewind tells the spellbinding story of 18-year-old Genevieve DeWinter, a typical high school girl who finds herself entangled in the throes of adventure, romance, and survival after discovering the existence of a group of magical beings known as Formulists and their co-existing world, Banewind.

With the arrival of several mages in her hometown of Parma, Ohio, Genevieve soon learns that these extraordinary secrets are rooted deep within her family’s history when it is revealed her deceased mother was a heroic warrior in a long lineage of female protectors called the Holy Guardian. Now, a vengeful group of Formulists known as the Voidweavers have returned and set their sights on Genevieve, believing she might be the next Holy Guardian and the key to awakening their fallen leader, the Void King, who had been destroyed by Genevieve’s mother when she sacrificed herself a decade earlier to save Banewind and all of humanity from an unthinkable evil.

With the help of new allies, Genevieve must fight to stay alive as she unravels the mystery and danger that have shattered the stability of the life she once knew before the Voidweavers succeed in shadowing the world in chaos and darkness once again.