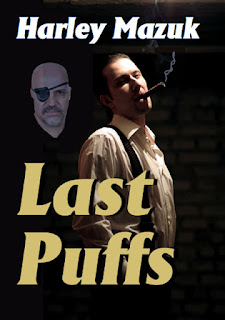 Frank Swiver and his college pal, Max Rabinowitz, both fall in love with Amanda Zingaro, courageous Republican guerilla, in the Spanish civil war. But the local fascists murder her and her father.

Eleven years later in San Francisco in 1949, Frank, traumatized by the violence in Spain, has become a pacifist and makes a marginal living as a private eye. Max who lost an eye in Spain but owes his life to Frank, has pledged Frank eternal loyalty. He’s a loyal communist party member and successful criminal attorney.

Frank takes on a case for Joan Spring, half-Chinese wife of a wealthy banker. Joan seduces Frank to ensure his loyalty. But Frank busts up a prostitution/white slavery ring at the Lotus House a brothel in Chinatown, where Joan was keeping refugees from Nanking prisoners.

Then Max sees a woman working in a Fresno cigar factory, who is a dead ringer for Amanda, and brings in Frank, who learns it is Amanda. She has tracked the fascists who killed her father and left her for dead from her village in Spain to California. Amanda wants Frank to help her take revenge. And by the way, she says the ten-year-old boy with her is Frank’s son.

Joan Spring turns out to be a Red Chinese secret agent, and she’s drawn a line through Max’s name with a pencil. Can Frank save Max again? Can he help Amanda avenge her father when he’s sworn off violence? Can he protect her from her target’s daughter, the sadistic Veronica Rios-Ortega? Join Frank Swiver in the swift-moving story, Last Puffs.

.5 out of 5 stars Wonderful Read - Easy and Fun
February 10, 2018
Format: Kindle Edition| Verified Purchase
Frank Swiver is a detective. Murder investigations are his specialty. He likes wine, loose women and fast cars. Not necessarily in that order. Swiver inhabits an earlier world that is archaic and, without doubt, politically incorrect by today’s standards. Harley Mazuk recreates in Swiver a character from another era whose story is fun and entertaining. Mazuk has an impressive knowledge of wines and cars which permeate his narrative. As to his knowledge of women, I am not competent to judge. I do know that the geography and time period portrayed is well researched. There are many twists and turns to the plot as well as an injection of espionage that keeps the reader guessing. Fans of old fashion detective novels will enjoy this book. I know, I did.
-- Amazon Reviewer


Last Puffs is available at: