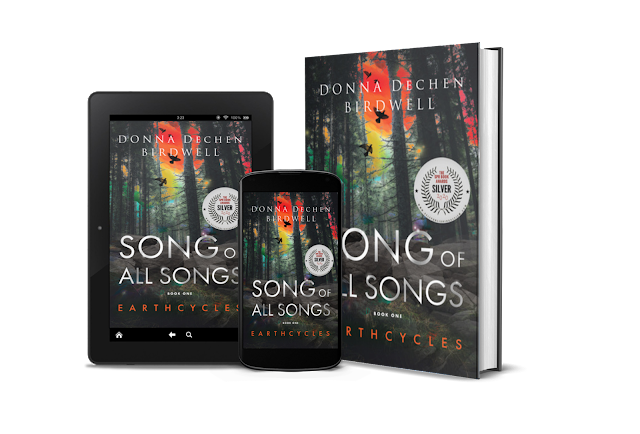 Long after the apocalypse, Earth has repeopled itself. Twice.

Despised by her mother’s people and demeaned by her absent father’s legacy, Meridia has one friend—Damon, an eccentric photologist. When Damon shows Meridia a stone he discovered in an old photo bag purchased from a vagrant peddler, she is transfixed. There’s a woman, she says, a dancing woman. And a song. Can a rock hold a song? Can a song contain worlds? Oblivious of mounting political turmoil, the two set out to find the old peddler, to find out what he knows about the stone, the woman, and the song. But marauding zealots attack and take Damon captive, leaving Meridia alone. Desolate. Terrified. Yet determined to carry on, to pursue the stone’s extraordinary song, even as it lures her into a journey that will transform her world.

Song of All Songs is available at: